On November 17, Google Japan announced plans to relocate their head office to a new office tower near Shibuya Station in mid-2019.

Google will be taking up floors 14 to 35 in Shibuya Stream – a 35-storey office tower due for completion in late 2018. The 50,000 sqm (538,000 sq ft) of office space will allow them to double their staff numbers from the current level of 1,300. The lower floors of the Shibuya Stream building will be hotel rooms, making Google the sole office tenant.

Between 2001 and 2010, Google Japan was headquartered in Cerulean Tower, a 41-storey office and hotel located 300 meters from Shibuya Station. They shifted to Roppongi Hills in 2010.

Shibuya became Japan’s IT hub in the late 1990s, earning itself the nickname ‘Bit Valley’. A lack of office development in Shibuya saw tech companies shift to newer and bigger projects in other districts in the 2000s.  The return of Google to Shibuya and the large-scale office redevelopment underway around Shibuya Station is a sign that Bit Valley is back. Currently 15% of company presidents living in Shibuya ward are involved in telecommunications / information industries. 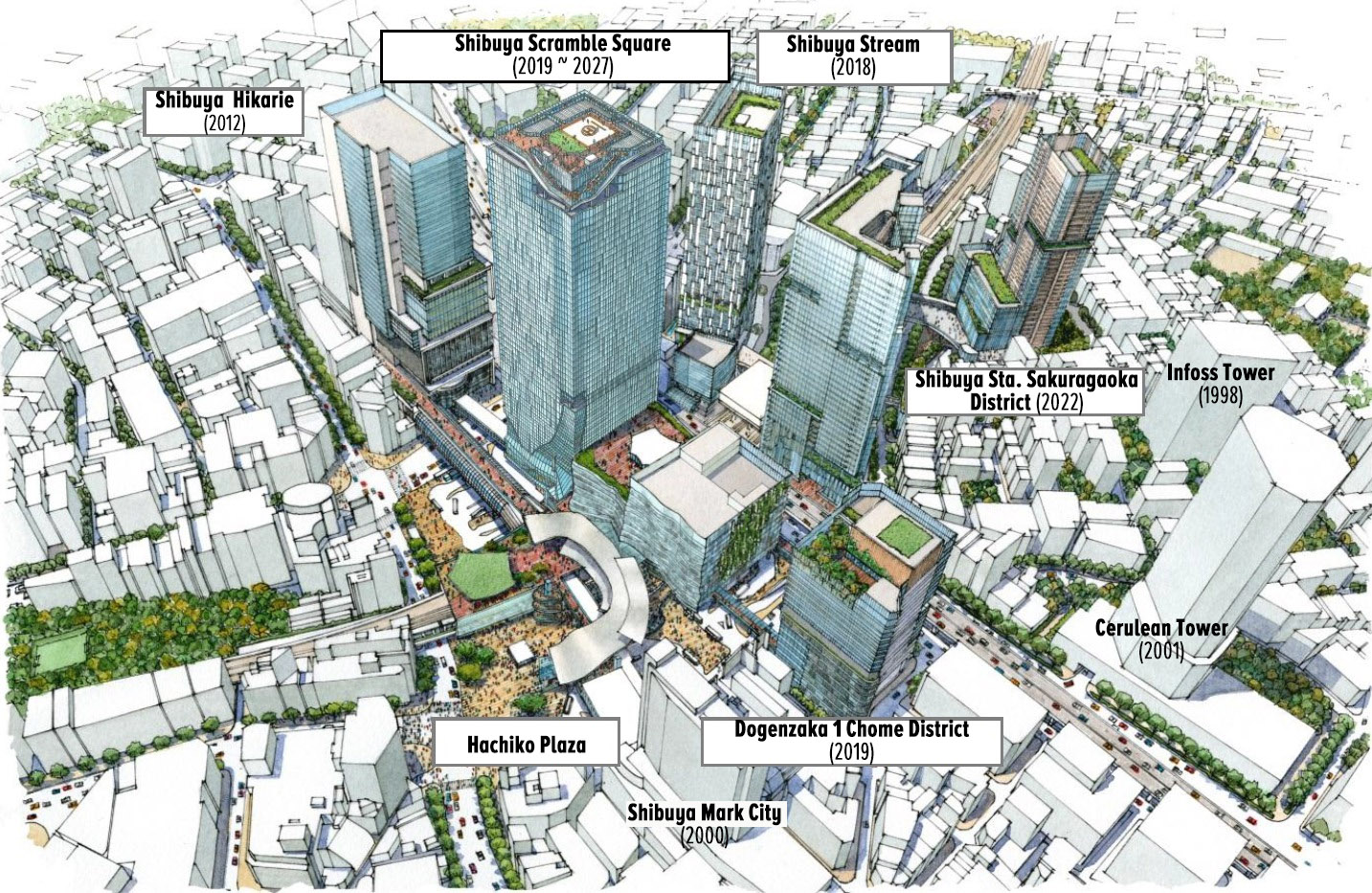